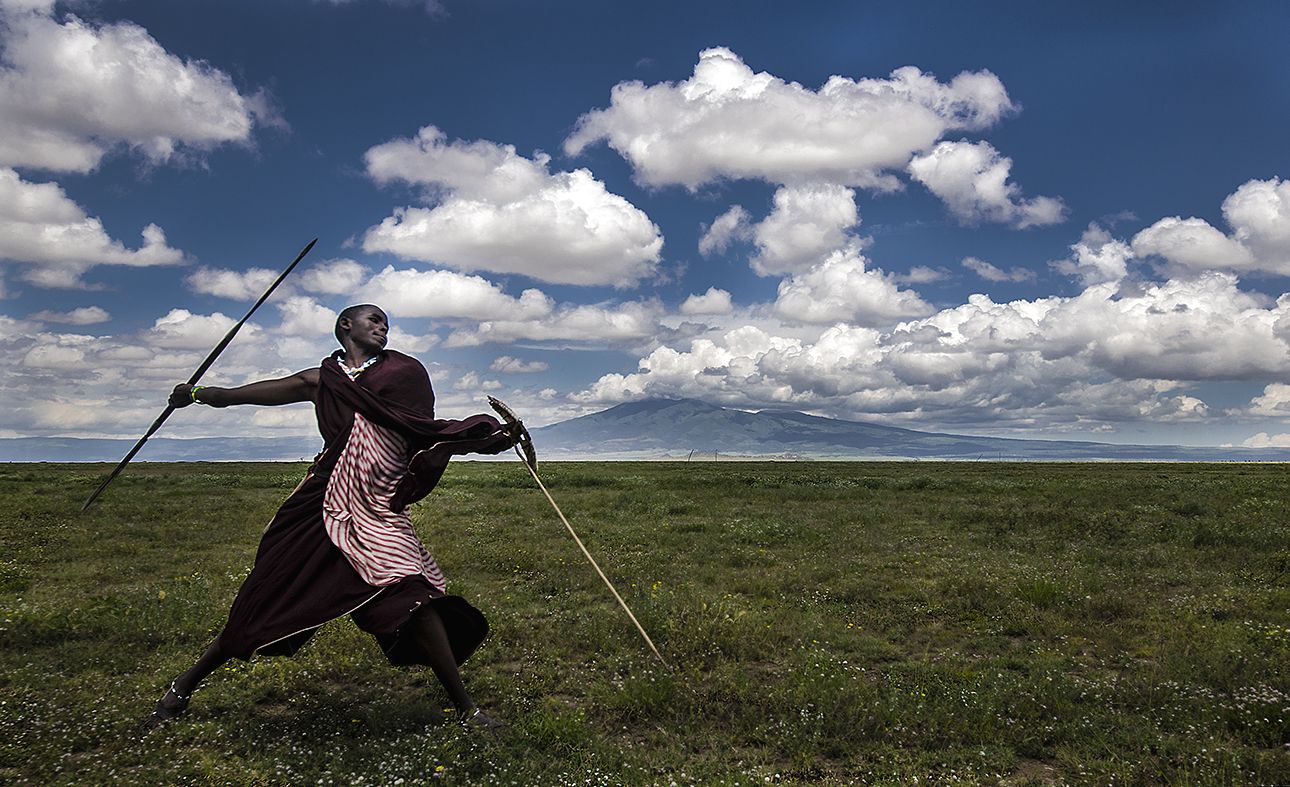 Millions of herbivores follow the clouds from Kenya to Tanzania each year.

They stick close to the vegetarians, moving on when they do. Except for a single lioness who stayed behind. She has been sneaking around the lodge ever since, living on who knows what.

Lisa and I are the only ones here. To our left, more cottages. To our right, the savanna, the acacias, the darkness — and perhaps the lioness.

The cottages are guarded by a middle-aged Massai. His only weapon is a stick.

And good eyes. Confirming the death of any non-collared lion is difficult, amid the wide spaces of the Serengeti, and their bodies may never be found. These losses are catastrophic for the Vumbis—and bad for the Serengeti lion population in general—unless somehow the deaths help catalyze changes in management policy. It might happen. They discussed the possibility of a "performance payment system," as used in Jansson's native Sweden to mitigate conflict between the Sami people , the reindeer they keep as livestock, and the wolverines and lynx that sometimes prey upon those reindeer.

The concept involves government payments but not of the usual sort: not in compensation for lost livestock but as reward, on a case-by-case basis, to those herders who tolerate the presence of predators. Manongi will soon meet with traditional Maasai leaders to discuss, among other things, the performance payment system.

The elders must be consulted. Deliberations will be cautious. But if their hot-blooded young men are paid as lion-tracking scouts, warning grazers to avoid this cat or that one, defusing lion conflicts before they happen as has been done by the Lion Guardians program, in nearby Kenya , then living lions could serve as an even better voucher of courage and competence than dead ones.

One other piece of good news emerged with the bad. Readers of National Geographic may remember a magnificent, black-maned male, known as C-Boy, protagonist of our story. Rosengren hadn't seen him for several months, and amid the spate of lion killings, that too caused worry. They spotted C-Boy, robust as ever, mating with a female. He's in good shape," by Jansson's report. The region, located west of Arusha in the Crater Highlands, is recognized as one of the most important conservation reserves in Africa.

Its crater — that of a large volcano that exploded and collapsed on itself 3 million years ago — is home to hippos, elephants, black rhino, crocodiles, Cape buffalo and a large concentration of lions. Earlier that day, our game spotting had begun while Jarad, our bush pilot, flew us from Kilimanjaro International Airport. As our tiny seater Grand Caravan approached the dirt airstrip, a short drive from Kwihala, we spied zebras grazing and giraffes walking like catwalk models across the vibrant savannah below.

A family of warthogs, their tails erect like radio antennas, went to ground with the passing of the turboprop. Here, in the southern Serengeti, every movement — whether on a game drive or just getting from A to B — is a safari experience. Within minutes, a large herd of elephants emerges from the thorny tree line as we bump our way towards camp, two adolescents wrestling with their thick trunks. Beyond, a Cape eagle-owl the size of a housecat glares at us from his shaded perch and a cheetah lies languidly in a bed of reeds waiting for the sun to dip lower in the sky.

Our guide has keen eyes and an encyclopaedic knowledge as we trail timid bushbuck, ambivalent eland and a herd of wildebeest. Rhubarb-hued agama lizards dart from rock to rock in our wake. Olakira is a clutch of nine spacious canvas-floored tents, each comprising a sitting area, work desk, queen-sized bed, and massive bathroom, complete with flushing toilet.

Bucket showers mean staff deliver the hot water to a tank at the back of the tent at a pre-arranged time. Life on the plains begins early. After a cooked breakfast and strong, steaming coffee, we leave Olakira on an airport transfer that doubles as an early morning game drive — taking advantage of the increased activity on the savannah before the sun starts pounding.

A pair of fearless honey badgers dart across the road before us, and two spotted hyenas eye us casually before scampering off in their signature skipping rhythm.


A cheetah sits motionless in the gentle breeze, one eye on our slow approach, the other on a herd of dik-dik. Beyond, a pride of lions pretend not to notice us as they lounge on a rocky peak surrounded by gently swaying savannah grass the colour of honey. The migration passes through Namiri Plains from October to May and unleashes spectacular predator sightings during December and January as the resident big cats feast on the passing herds of wildebeest and zebra.

Survival in the Serengeti

We arrive at the camp in the early afternoon. The idea of a lion lurking only a few bounding leaps from where we sit with our gin and tonic sundowners is exhilarating. My tent, the furthest from reception and thus the most isolated, offers stunning views across the riverbed, where warthogs and wildebeest graze in the early morning sunshine.

The afternoon is spent on a game drive.

Survival in the Serengeti

We watch as zebras drink at a water hole framed with emerald grass, and play hide and seek with cheetahs in a pile of ancient boulders the size of a block of flats. As the sun sinks into the golden grass later that evening, our guide plays bartender, and serves gin and tonics in the back of the game vehicle. Only steps away, a pride of lions enjoys some family time, a pair of 3-month-old cubs taking turns to stalk up before their mother calls them back with a growl and a yawn that reveals rows of brilliantly white teeth. 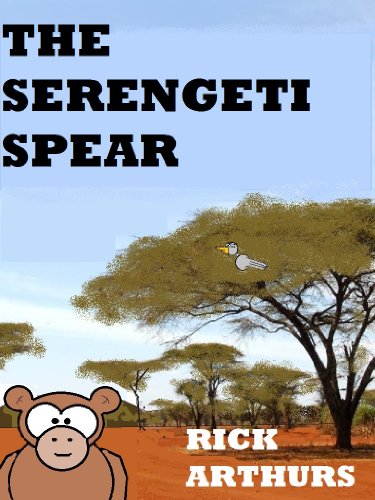 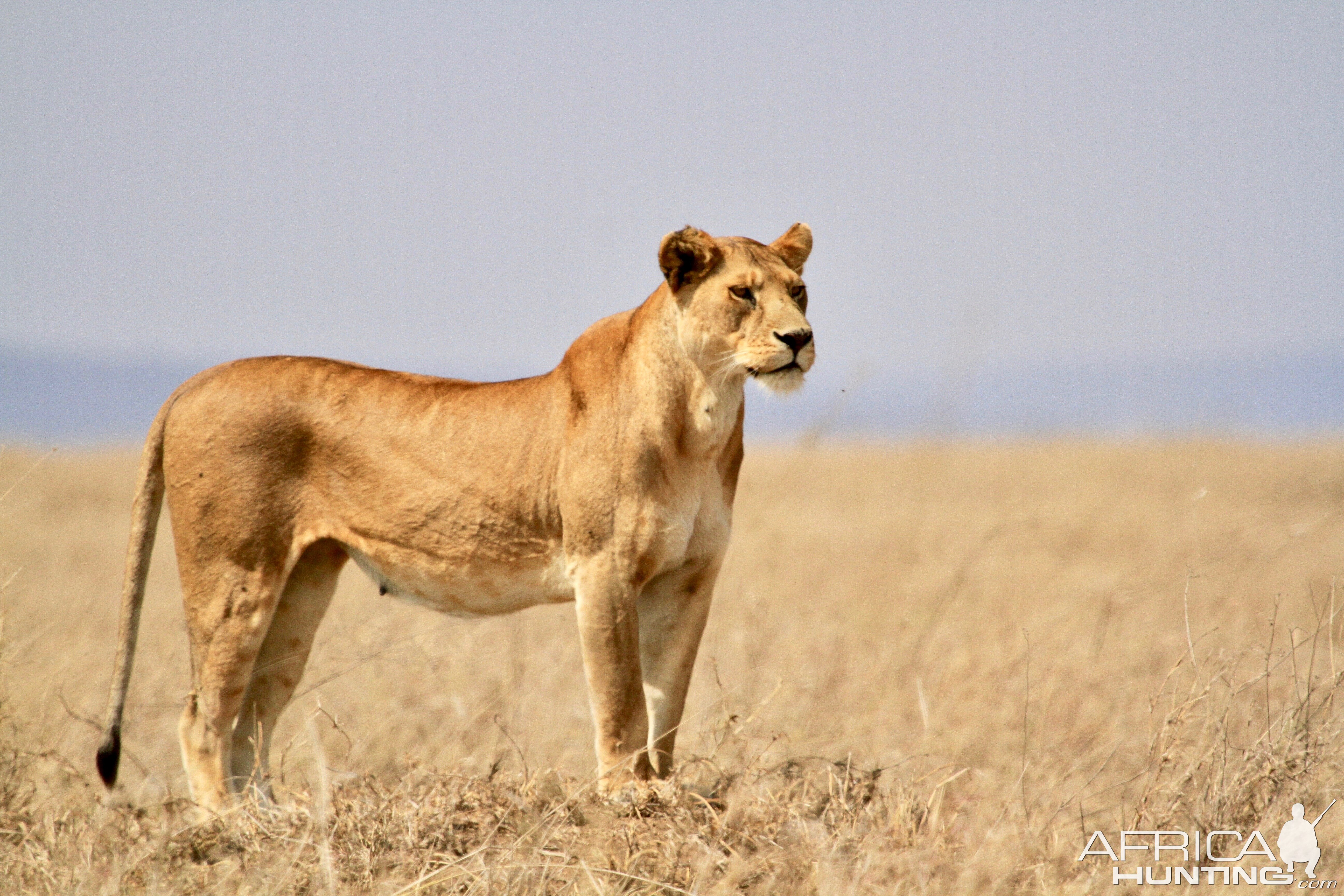 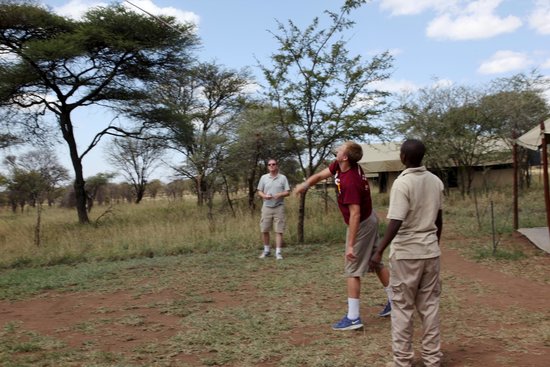 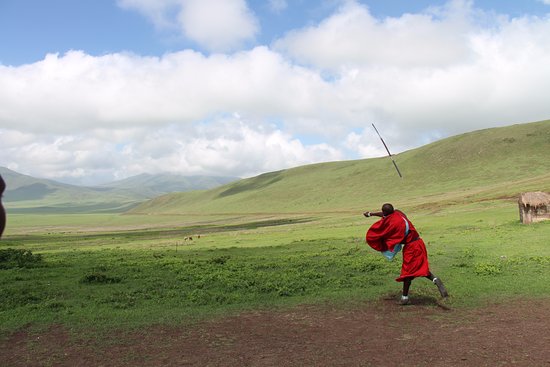 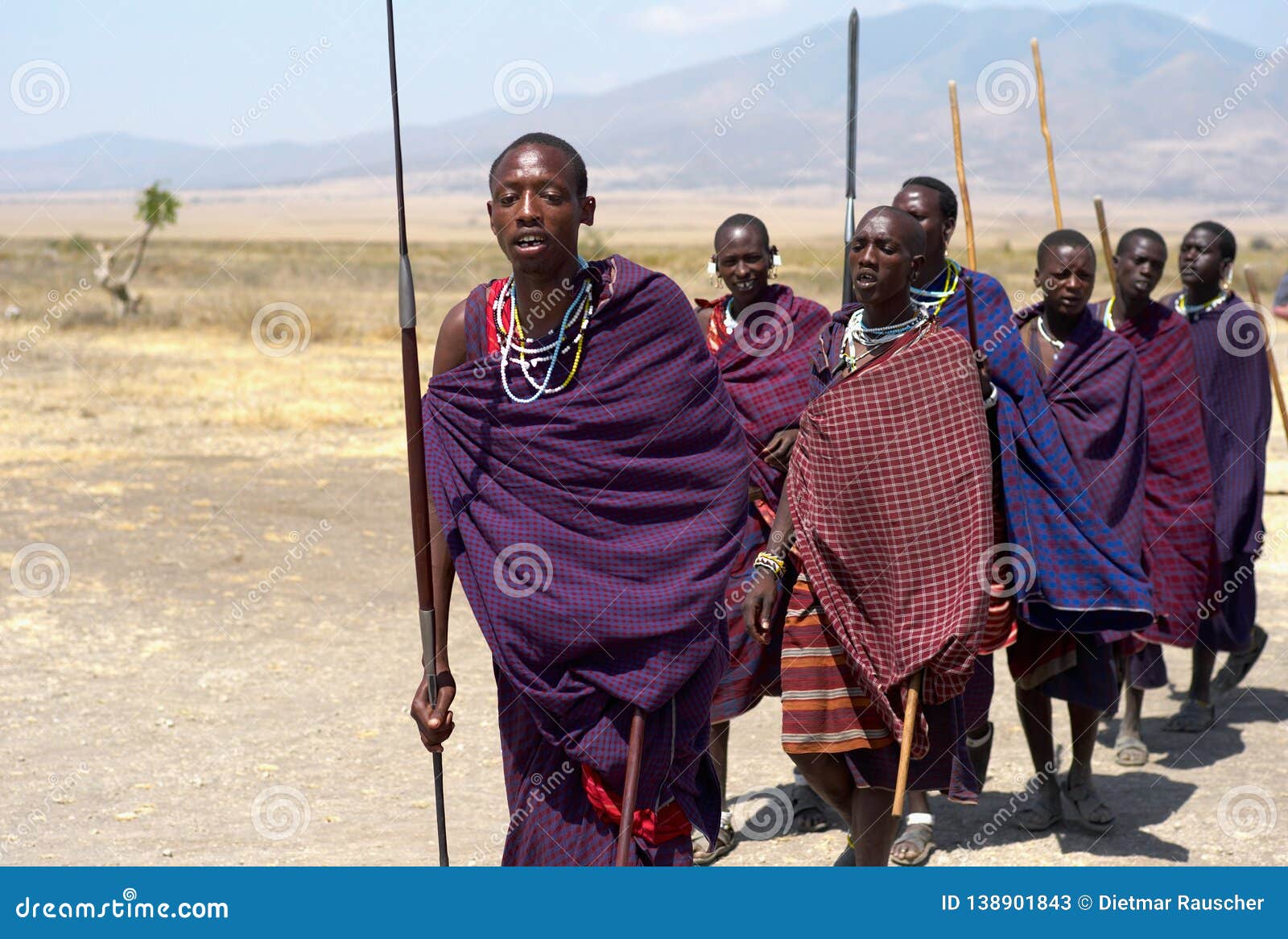 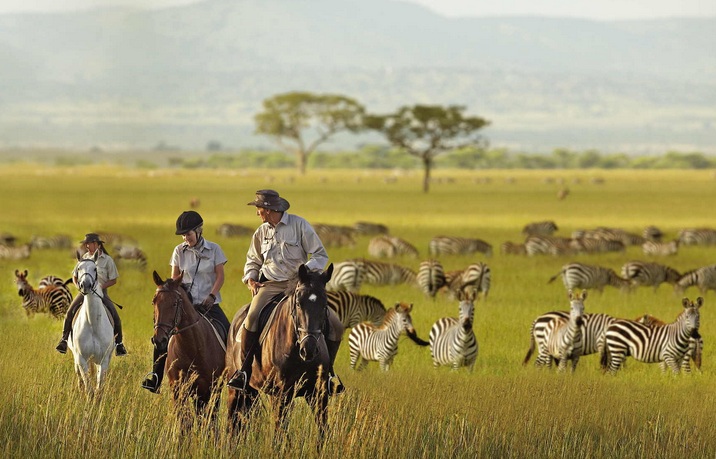